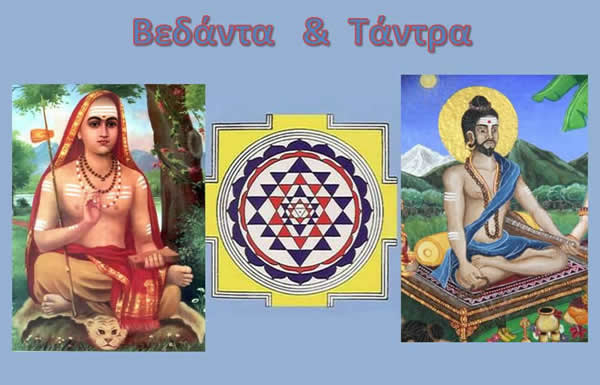 The Athens Center for Indian and Indo-Hellenic Studies organizes a new online course in Indian Philosophy, under the guidance of Indologist Professor Dimitrios Vassiliadis on the theme “Vedanta and Tantra”. This is the 5th course in the series “Introduction to Indian Philosophy”. Students who have not attended the previous courses can also enroll.

Duration: Classes will be held every Wednesday according to the following schedule starting on the first Wednesday of October. Duration: One semester.

The Avadhūta Gītā is one of the most representative works of the philosophical thought of the naked ascetics of India (avadhuta-s), whose peculiar way of life impressed Alexander the Great and all subsequent Greeks who came into direct or indirect contact with them. The works is attributed to Dattātreya, the first teacher of the naked ascetics. He is recognized as an incarnation of the Hindu divine trinity of Brahma, Vishnu and Shiva and is worshiped all over India.

The Vivekacūḍāmaṇi (‘crest-jewel of discrimination) is an introductory treatise within the Advaita Vedanta tradition, traditionally attributed to Adi Shankara of the eighth century. The text discusses key concepts of Vedanta like the viveka (discrimination) between real (essence of eternal reality) and unreal (phenomenal world), Prakriti and Atman, the oneness of Atman and Brahman, and self-knowledge as the central task of the spiritual life and for Moksha.

Shiva Sutra is the main text of the Tantric or Agamic tradition of Kashmir Shaivism. It is attributed to the sage Vasugupta of the 9th century C.E who claimed that the sutras were revealed to him by Lord Shiva in a dream. The book incorporates Kṣemarāja’s famous commentary on the Shiva Sutras known as Vimarśinī (11th Century C.E.)

The Spandakārikā serves as a sort of commentary on the Siva-sutras. According to Saivagama, the divine consciousness is not simply inert intellection. It is rather spanda, active, dynamic, throbbing with life, creative pulsation. In Siva-sutras, it is the prakasa aspect of the divine that is emphasized; in Spandakarikas, it is the vimarsa aspect that is emphasized. Together, these two books give us integral view of Saivai philosophy.

The Pratyabhijñā Hṛdayam (Recognition of the divine essence) is a basic text of the pratyabhiijñā school of Kashmir Shaivism, which proclaims that the entire subjective and objective world of creation is a projection of divine consciousness.